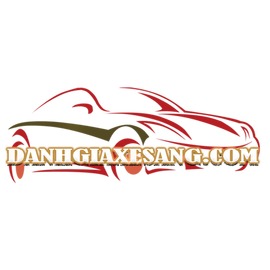 Looking for how to add a YouTube video to an AboutUs page?

YouTube.com is a video sharing website which allows its members to upload, share and view video clips with other members. YouTube.com video facility is offered free and there are no registration charges as such. Members of YouTube.com can rate a video, and there is an indicator regarding the number of times the video has been viewed. You may upload music, TV or movie clips at YouTube.com. There are professional as well as amateur clips which make for interesting viewing Some have used YouTube as their virtual business card. .

YouTube.com was founded in February 2005 by three employees of PayPal. YouTube.com is based in San Bruno, California, and it uses Adobe Flash technology. It was named “the invention of the year” by Time magazine in the year 2008. It has 67 employees at present. YouTube.com was acquired by Google in October of 2006 for US $1.65 billion. It is the biggest purchase Google has made to date.

YouTube.com allows any user to upload video clips up to 1 GB in size. You may submit your files in common format like mpeg or avi. These files get automatically converted to the H263 variant (with .flv extension) of Flash Video. This enables the clips to be viewed online at YouTube.com, due to its excellent compatibility.

Each video clip on YouTube.com has an HTML markup accompanying it. It links it to another page/link and when this particular page is visited by a user the video is auto played. It is a very popular option.

You can upload your content to the site only if you are permitted to do so by United States Copyright Law. In reality, people constantly upload content copyrighted by others, and as soon as the company notices it, it removes it from YouTube.com. The ten-minute time limit for YouTube.com clips was instituted to help prevent the wholesale pirating of television shows.

Become A Star At YouTube.com

YouTube.com has created many celebrities. Many of these debutantes have gained recognition and international fame. The most remarkable is the case of a 79 year old English pensioner, who within a week of hosting his video gained widespread recognition. YouTube.com has helped many bands in gaining popularity: OK GO is one example. Similarly, the ‘Free hugs campaign’ which had music composed by Sick Puppies earned international fame for the campaign as well as the band. The main character, Juan Mann became so famous that she was even invited to The Oprah Winfrey Show.

In January 2007, YouTube.com was being sued by Viacom for alleged copyright infringement over users posting clips from various Viacom networks. This is believed to be a bargaining tool by Viacom to try and increase what Google (YouTube.com's owner) will pay for use of clips. YouTube.com claims that it is protected by the Digital Millennium Copyright Act (

: Wikipedia) which provides for protection of a website owner for material posted by others provided the material is removed expeditiously.

YouTube.com in the News

Also take a look at this video from the founders of YouTube.com talking about the sale:

YouTube.com: A Message from Chad and Steve

YouTube.com: One of many Google products and services

Google has developed -- and acquired -- a wide range of fun and useful things for people to use on the Internet, check them out on the Google community wiki page.

YouTube.com has improved enormously with Google's influence and people's willingness to participate.