The University Of California was built in the 1950’s, to accommodate the needs of the growing number of students post World War II. It started operating from 1965 onwards, with 1,589 students, 43 teaching assistants, 119 faculty members, and 241 staff members. The first chancellor of this university Sir Daniel G. Aldrich was the one to develop its academic plan for the first time, including an Engineering school, a Graduate School of Administration a College of Letters, Science and arts.

He also ensured that the school, with its motto ‘Fiat Lux ("Let There Be Light")’, has rich flora and fauna, so as to serve the purpose of educating students in an aesthetic environment. He believed that studying and living in nature will help the students to develop further, it is only amidst nature that the human mind develops and realizes its true potential.

It is in fact, owing to its fast growing popularity and success, that this university, popularly referred to as UCI and sometimes also as Anteater, has now become the well known cultural and educational center of the orange country.

University of California Irvine, with its fourth-best ‘University of California campus’ as according to the U.S. News & World Report, is also one of the most selective universities on the applicants and students admitted ratio. For instance, in the year 2006, only 4,800 out of 38,426 applicants were enrolled. Here a candidate is admitted after taking into consideration his/her academic potential, personal situation, extracurricular activities, community involvement, etc, and of course after taking into account the candidate’s high school records, entrance examination scores and personal statements. 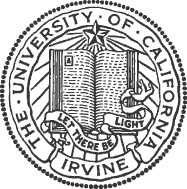 University of California Irvine operates sixty eight programs for the undergraduate degree, fifty three for the minors, forty five for master’s degree, and forty three for doctorates (which includes two Ph.D., as well as one M.D. program).

However, this university is not solely a center for academics. The Anteaters are regarded as one of the most successful teams, who have performed quite successfully in various athletic tournaments, since the last few decades.