I received a Bachelor of Engineering (Honours, Electrical Engineering, Computer Option, Minor in Management) from McGill University, Montréal, in 1988. In my spare time, I was president of the Interfraternity Council, VP of my fraternity, started a newspaper, played on 3 broomball teams and coached a fourth, and worked part-time writing assembly language software for microwave landing systems for jet fighters at Canadian Marconi (the MLS system I worked on was installed on Air Force One in March 1988).

After graduation, I moved to Toronto and worked at IBM Canada Headquarters on their volume products (e.g. PCs and components) inventory forecasting and supply/demand systems--heavy mainframe programming in PL/I, DB2 databases, and ISPF.

A couple of years later, I started consulting with ProCom in Toronto, doing mainframe database and ISPF projects for Esso Petroleum. While at ProCom, I developed and taught a C programming class, helping bring their staff of very experienced COBOL programmers up to speed on C language programming.

In 1992, I moved to Portland, Oregon, working at Intersolv on the PVCS version control developer tools for several years (PVCS Production Gateway 2.0 and PVCS Version Manager 5.2).

In the late 1990's, I joined STEP Technology in Portland, Oregon, and worked on teams creating everything from Windows applications to e-commerce websites, with a number of very large projects in the online banking and real estate industries. In my last year at STEP Technology, I created a small team of highly specialized experts (including Scott Hanselman, Bruce Wilson, and Rob Vieira) that consulted to all of STEP Technology's clients.

In 2001, I co-founded {{{2}}} (visit), a honeymoon registry and travel company with Terry Beard, Dan Skerritt, Phil Stevens, and Larry Custer. Here is where I "went to school" on SEO, learning how to get our site ranked for key honeymoon travel phrases ahead of the giants in the travel industry. My business partner Terry introduced me to the Rotary Club of Portland, which I joined in 2003.

As well as my independent consulting, I am an Associate at SEOmoz, answering questions from PRO members in their Q&A forum, and contributing articles to the SEOmoz main blog fairly regularly. In 2011, I founded Visual Itineraries, a tool for travel agents to showcase destinations and resorts. I'm on the board of SEMpdx as well, currently responsible for sponsorships for SEMpdx events and the annual SearchFest conference.

You can leave me a message on my talk page.

You can find me on

If you have a smartphone, you can scan the QR code below for all my contact info: 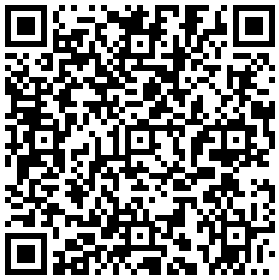