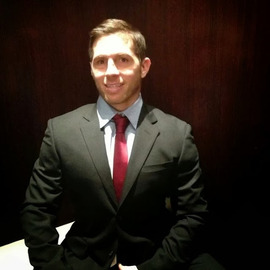 This page is about a person.

Paul J. Paquin (born December 16, 1978) is an American entrepreneur and businessman. He is the CEO and president of Golden Financial Services, which provides consumer credit card debt relief and settlement service. He has more than 13-years experience in the debt relief industry.

Paquin was born in Cornwall, New York on December 16, 1978. He attended at Cornwall Central High School and since high school, Paquin was dedicated to the sport of wrestling and is regarded as one of the top high school wrestlers of all-time. At Cornwall HS, Paquin was undefeated (80-0) in his junior and senior years, winning states both years. In 1994, Paquin earned two gold medals in scholastic wrestling, repeating the feat a year later.

At the Fargo tournament, he won 3 cadet national freestyle championship titles in 1994 and 1995. He is one of the few Americans to ever win 3 cadet wrestling national titles.

In 1996 and 1997, Paquin won 2 consecutive state championships out of New York at 112 pounds and 125 pounds respectively. He was coached by Donald Blaine in wrestling who was inducted to the National Wrestling Hall of Fame in 2014.

Paul Paquin finished his five-year career with a 152-11 record following his retirement from wrestling in 1999. After that, he started doing side coaching for young kids, to get them ready for high school wrestling.

Paquin went to Oklahoma University on a full wrestling scholarship and later transferred over to New York University where he studied finance and business. In 2004 Paquin started Golden Financial Services, offering debt relief programs and settlement services to U.S. consumers. With the help of his partner George Kokinos, and his attorneys, Paul developed a proprietary system including contracts, settlement resolution letters and software, all aimed at managing the process of settling debt and growing Golden Financial Services.

Prior to founding Golden Financial Services, Paquin worked with George Kokinos who owned one of the very first non-profit consumer credit counseling companies. He served as a manager with over 200 employees and obtained expertise in the debt relief industry.

This page is about a person.