Difference between revisions of "CampaignToStopCallingPeopleWhoParticipateOnTheInternet-Users.com"

There are two industries that refer to their customers as “users”
–technology and illegal drugs.
{{{2}}}

We are certainly not the first to publicly ask this question. But why do so many sites call their contributors users? The title does little to convey the sense of participation and ownership that the creators of today's community-curated online works feel.

We were ecstatic we found Brianna Laugher's efforts at exploring pieces of the problem. Ted Ernst then opined about it on the AboutUs Weblog back in August.

This rejection of "users" definitely seems to have struck a cord with many folks. Brianna followed up with Community-curated works (CCW), Josh Bancroft joined the fray with I Hate the Term “User Generated Content”. How About “Community-Curated Works” Instead? and this month, David Pogue of the New York Times recently lambasted it in his list of Tech Terms to Avoid. He was quick to point out that the only other industry than tech to call people users is the drug trade.

Now, the choice of label for online citizens was admittedly a haphazard one. Like so much else of Internet culture, it seems to have bubbled into general usage from the backend of the tech world: engineers and developers. While "user" is a rather functional and appropriate word in that context, it is hardly applicable to the participatory world of Web 2.0.

With that frame of mind, we here at AboutUs would like to test the waters with a serious proposal we just stop calling our community members users.

There are smart people out there (such as User Centered Strategy) working from the opposite sides of the issue, but there are several important communities which have discussed making the same move. The subject gets some meta talk on Metafilter. As noted in our weblog post Making advertising controllable by you, the reader. - Metafilter is on the cutting edge of stuff, this is no different.

In an effort to be proactive, Mark made several edits to Vidoop.com's about us page, as if it were a wiki and changed the way their page would read if they removed the "User" language - here is the change and here is the diff. (looks like the page changed a bit, but the writing is similar)

A challenge to, our own company AboutUs.org, Metafilter, Vidoop - really any other Portland-based technology company - let's start the revolution here. The people we interact with every day are no longer users. 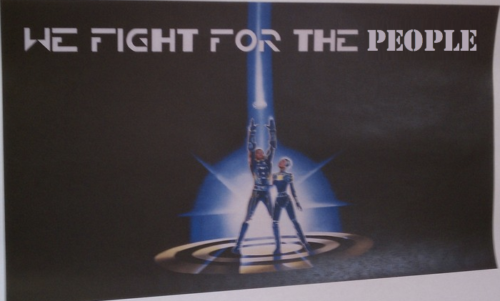