The university was founded in 1754 is located in the Morningside Heights neighborhood of the Borough of Manhattan, in New York City. Beginning with a schoolhouse it has grown into two big campuses, namely Morningside Heights Campus and the other one in Washington Heights. Columbia University is the oldest institution of higher education in New York State and sixth oldest in the country. The university was originally known as King’s College when it was founded, and was renamed to Columbia College in 1784 and in 1896 it got its present name. Currently Columbia has twenty schools and affiliated institutions offering undergraduate, graduate and post graduate programs. The university has impressive campus of 36 acres in Morningside Heights, 26 acres in Baker Field athletic complex, 20 acres in Medical Center and 157 acres in Lamont-Doherty Earth Observatory.

Columbia University has a never ending list of notable alumni. Till the end of last year the university had 76 Nobel Laureates who are associated with the university and 39 Nobel Laureates actually belong to the alumni of Columbia University. It also gave 3 presidents to America, 7 presidents to other countries, many notable politicians, entrepreneurs, journalists, scientists, engineers, astronauts, academicians and sports personalities.

The university has a great reputation thanks to its excellent programs. According to the 2007 rankings released by U.S. News the university is ranked joint 9th in the country for undergraduate programs along with University of Chicago and Dartmouth College. 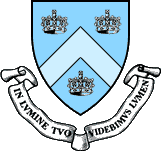 The university offers many programs in various areas of study, they include:

Number of undergraduate student enrollment is about 7,571. Number of graduate students is about 6,087 and post-graduate about 14,692. The university has a large number of out of state students of 77%. The minority representation in the college is 2% American Indian/Alaskan Native, 14% Asian/Pacific Islander, 9% Black/Non-Hispanic and 8% Hispanic/Latino. The faculty strength is about 3,224

The Columbia University Press was established in 1893, the fourth oldest university press in the country. One of the commendable achievements of the press is the publication of the Columbia Encyclopedia in the year 1935 and various other publications written by greats like Julia Kristeva, Edward Said, John Rawls, Theodore Adorno, and Gilles Deleuze. James D. Jordan is the Director of the Press. The press publishes approximately 150 books every year in the areas of history, religion, philosophy etc.

The university website truly reflects what the university stands for. It provides all the information one is looking for when visiting a university website. The homepage is reliable and easy to browse. With the use of pleasing colors and design it makes it easy for visitors to navigate through the site. The organization of various types of information is really good like if a visitor clocks on the ‘Prospective Students’ link it opens a page which gives complete information about undergraduate, graduate and professional programs offered at the university. If the students are looking for a particular book, the library link takes the student to a page where in they can search the book by title or author or keyword or journal or subject. The homepage also has a research tab which provides information about research activities going on in various departments. The homepage also has links to medical center, calendar, faculty, alumni and email for students and faculty. The homepage has news related articles on the right side of the page. The website has an Alexa traffic rank of 2,352 as of November 2008.